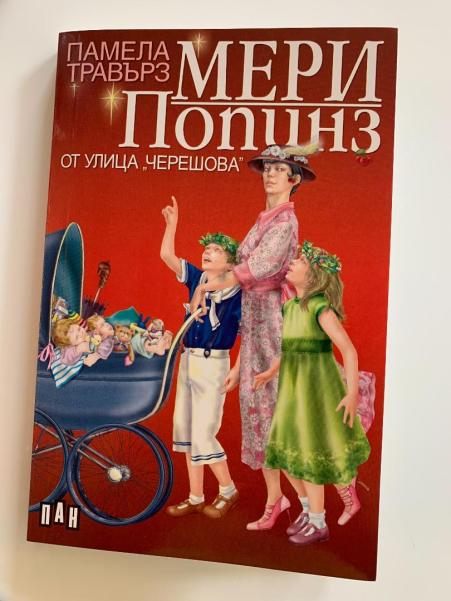 It is Midsummer’s Eve and Mary Poppins takes the Banks children for an evening picnic in the park. 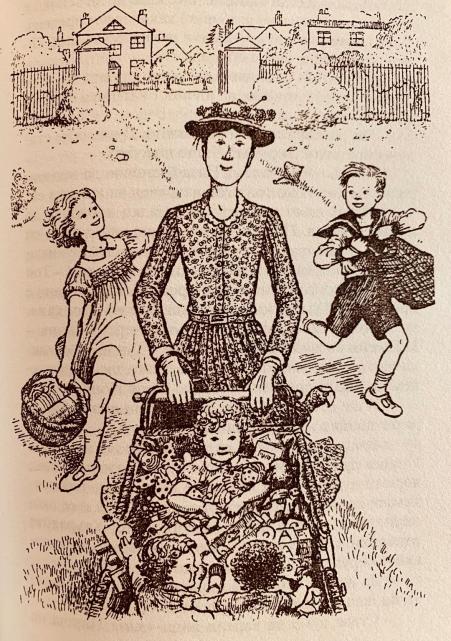 There, in the furthest corner of the park, in the herb garden, they feast and dance with celestial constellations who have taken the shape of their appellations:  Orion, Castor and Pollux, the Bear, the Fox (or Vulpecula in Latin) named in the late 17th century by the astronomer Johannes Hevelius, and the Rabbit (or Lepus in Latin), a constellation that was listed in the 2nd century by Ptolemy. PL Travers was interested in astrology and like a pastry chef fond of sugar, she sprinkled her Mary Poppins books with stars and constellations.

Down a lane in the park comes Ellen, the maid, strolling backwards with her eyes closed. She had put herbs under her pillow the night before and now is on her way to meet her true love.

The lonely Park Keeper decides, rather uncharacteristically, to try his luck. He follows suit only to bump into Mary Poppins. Afterall, opposites attract. What better match for a rigid man overly concerned with rules.

The Bulgarian translation of the story, just like the translation of Mary Poppins, is loyal to the original text, but there is one interesting modification. Midsummer’s Eve is translated for the corresponding Bulgarian folk holiday Eniovden.

On Eniovden, according to old Bulgarian beliefs the celestial lights “go crazy”. At midnight, the sky opens and miracles happen. The stars descend on Earth and bathe in the cold waves of the sea. People gather herbs because on this day the herbs’ healing powers are at their peak. Young women perform divination rituals and put herbs under their pillows in the hope that their dreams will reveal their husbands-to-be. On Eniovden there is also a custom of making offerings of fresh cherries to the deceased.

Surprisingly, these old Bulgarian customs are reflected in Mary Poppins in Cherry Tree Lane, first published in 1982. Aren’t these similarities of beliefs between two different cultures fascinating? I am certain P.L. Travers would have been interested to hear about Eniovden. Then, maybe she did.

I have two editions of Mary Poppins in Cherry Tree Lane but none of them contain any illustrations. The Bulgarian one does! What a nice surprise for a Mary Poppins nerd like myself.