“Bad Tuesday” is a story in the first Mary Poppins book published in 1934 in which Mary Poppins, with the help of a compass, takes the Banks children on a trip around the world. In a flash, Jane and Michael experience the vastness and variety of our human world. With a shake of the compass, they are transported to the North Pole where they meet with an Eskimo family. Then, to the South where they encounter a family with a skin much darker than their own. In the East the children are greeted by a Chinese Mandarin, and by a tribe of Indians on their last destination in the West. All the characters in this adventure are friends of Mary Poppins. The different attires, manner of speech and greeting customs are not experienced by the children as something threatening, but on the contrary, as something extremely exciting and enjoyable.

Yet, many years after its first publication the story underwent two alterations for socio-political reasons. The first revision, which left the plot of the story untouched, occurred in 1971. Then, in 1980 the San Francisco Public Library removed Mary Poppins from its shelves because of alleged racist references and derogatory treatment of minorities. Lawson, P.L. Travers’s biographer, reports that P.L. Travers was angry with her publisher at that time for not defending her loudly enough. In fact, P.L. Travers learned about the unfortunate event from her friends.

After pondering whether she should stick to her artistic expression or risk to see her book banished from more shelves, P.L. Travers  decided to rewrite the story. With a stroke of her pen, she changed the colorful trip around the world into a wildlife nature expedition. In this last version of the story, which is now in print, the Banks children meet a Polar Bear, a Hyacinth Macaw, a Panda and a Dolphin. 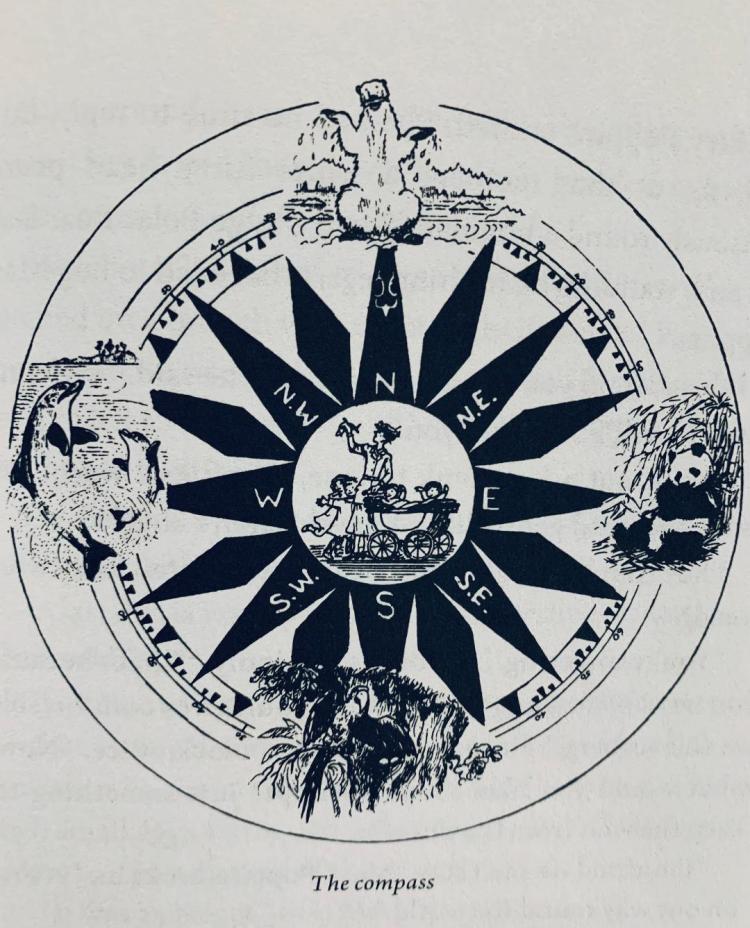 Now, was the original story racist? This is the question that will be explored in this blogpost.

The major issue with “Bad Tuesday” was brought to P.L. Travers’s attention in 1971 by her friend Dr. Francelia Butler. She told P.L. Travers how embarrassed she felt when reading the story to the black students in her class. Her embarrassment being caused by the words “Negro lady” and “a picaninny baby” as well as the picaninny language used by the characters.

Beneath the palm trees sat a man and a woman, both quite black all over and with a  very few clothes on. But to make up for this they wore a great many beads – some hung  round their heads just below great crowns of feathers (….). On the knee of the negro lady  sat a tiny black picaninny with nothing on at all. It smiled at the children as its Mother  spoke.

P.L. Travers decided to alter the descriptions and dialogues in this section of the story because “if even one Black child were troubled, or she (Dr. Francelia Butler) were troubled, I would have to alter it.”

So, the description was redrafted and read:

Under the palm-trees sat a man and a woman as black and shiny and plum as a ripe  plum, and wearing very few clothes. But to make up for this they wore a great many  beads. (…) And on the knee of the dark lady sat a tiny plum-black baby with nothing on at all. It smiled at the children as its Mother  spoke.

This time around the characters expressed themselves in formal English.

P.L Travers accepted to be interviewed about this first revision of “Bad Tuesday”. The interview was published in Interracial Books for Children in Vol.3, 1974. She said:

I have no racism in me. I wasn’t born with it. And it’s never happened inside of me. And therefore, I feel perfectly at ease and at home no matter what color anybody’s skin is. I was brought up in a family and in a world where there was no hint of racism of any kind (…) I was brought up by large minded people who never had any sense of racism at all.

P.L. Travers was just like her Mary Poppins, apolitical, a rebel and a freethinker.  She was completely engulphed in her imagination and her spiritual explorations which had to do with the much larger universal laws of creation. She was not interested in socio-cultural conventions. Hers was the world of myths and fairy tales, and the human experience of life on a larger scale. Not surprisingly, she said so herself.

Literature and imagination are my world. I don’t like being pulled out from that world and being forced to live in a sociological world of which I am not a native habitant. Imagination is a pure thing. It is envisaging. Imagination does not depend upon the sociology of the time. More functional books do; imagination does not.(…) Mary Poppins is not a contemporary book. It is a timeless book, and probably it goes back a great deal to my own childhood.

This is P.L. Travers in a nutshell. This was not a statement made for the occasion. I have spent years reading her writings and interviews and listening to testimonials from people who knew her. This was truly her stance in life. It does not matter if you agree or not with her assertion about imagination not depending on the sociology of the time. What matters here is her subjective truth. What matters is the fact that she had no intention of being disrespectful towards other ethnic groups.  Her willingness to alter the story not once, but twice, proves just that.

It is important here to note that the accusations of racism were raised in the socio-cultural context of North America many years after the story was first written. People in North America assumed that the characters in the story were from Africa. However, it is possible that their assumption was wrong. It is possible that these characters were inspired by P.L. Travers’s memories of or ideas about the Australian aboriginal tribes. Maybe this is what she meant when she told the interviewer that the story goes back to her childhood. P.L. Travers was born and raised in the Southern Hemisphere of the Earth. So, when Mary Poppins tells the compass to take her and the children to the South, that probably meant Australia. What’s more, in the early 1900’s, the newspapers in Australia contained Picaninny Pages and “negro” was not considered to be a socially unacceptable word. It was all just part of the reality of her life back then and it was absorbed into her imagination without any negative connotation.

“Bad Tuesday” reflected P.L. Travers’s childhood fascination with people and stories. Encounters with people who were not part of her family, mostly the help, stimulated her imagination. These outsiders made her realize that she was living in a world much vaster than her household. And, let’s not forget another important aspect of her childhood. She was an avid reader. She loved to read fairy tales, fantasy and adventure novels. Her childhood readings included Alice in Wonderland, Peter Pan and the adventures of Buffalo Bill.

The descriptions of the characters in “Bad Tuesday” may not have been accurate, but factual preciseness is beside the point here. Obvisouly, P.L. Travers did not use researched information for the portrayal of her characters. She simply pulled them out of the mixture of her childhood memories, readings and musings. Facts were never of a great concern for P.L. Travers. She was interested in big ideas. And, the original “Bad Tuesday” was a big idea kind of story. It was a story about the variety of human life on this planet and the possibility for all human beings, despite their socio-cultural differences, to be friends. It was a lesson in openness and willingness to take part in other people’s customs.

Isn’t it a sad paradox that a story about diversity and inclusion was relegated to oblivion by misguided reading and interpretation? The story was not promoting racist ideas or making children believe that other ethnic groups were somehow inferior. It was just a story, an imaginative story, and a humorous one at that.