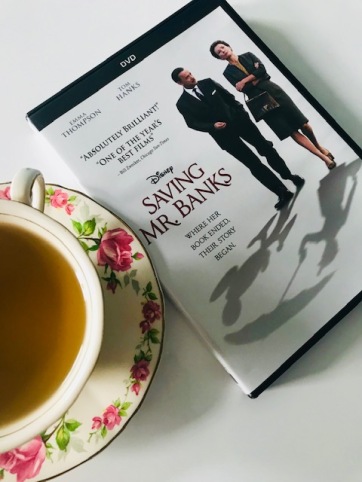 Saving Mr. Banks (2013) dramatizes the making of the movie Mary Poppins. The screenplay is based on the tape recordings of the meetings between Walt Disney’s team and Pamela L. Travers in 1961, and because we see these tapes and we hear Pamela L. Travers’s voice at the very beginning of the movie, we are led to believe that everything that happens on the screen is factually accurate. However, most of what goes on is fictional. And that, even if Robert Sherman tells us in the official movie interview that everything we see is a replica of what happened in the studio.

What are the fictional elements in this movie and what difference does it make anyway?

Let’s start from the beginning. How did Saving Mr. Banks come to be? 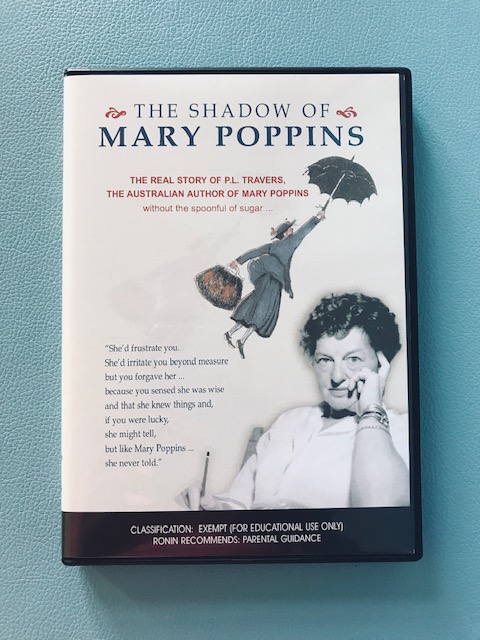 “It’s about that battle of wills between two polarising, contrasting figures, and that wonderful cultural battle between English literary high art and the king of populism, and her mistrust that he was going to sentimentalise it and make lots of money for his empire.”

Saving Mr. Banks doesn’t explore either Pamela L. Travers’s lifelong love and extensive knowledge of fairy-tales and myths. Moreover, the movie remains silent about her spiritual beliefs, except maybe for the picture of a book on Gurdjieff’s teachings on Pamela L. Travers’s desk at the beginning of the movie, and a little Buddhist statuette that she unpacks in her hotel room in California. However, all these elements are of the utmost importance if one is truly interested in understanding the nature of the conflict between Pamela L. Travers and Walt Disney.

Sadly, Saving Mr. Banks presents the disagreement between Pamela L. Travers and Walt Disney in an extremely simplistic way which prompts the viewers to pick a side: Creative Genius Walt Disney versus this delightfully malevolent character loaded with benign kind of vitriol, this nutty old lady who lives down the street, as, to my bitter disappointment, my all-time favorite actor Tom Hanks, described Pamela L. Travers.

But what if both opponents had their justifiable reasons? What if their differences were simply irreconcilable? 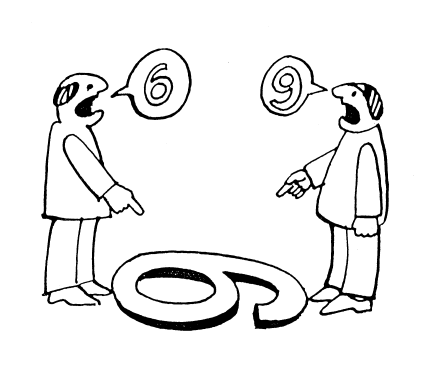 Saving Mr. Banks does not give a fair rendition of Pamela L. Traver’s inner battle. Viewers needed to understand that Disney’s interpretation of her fictional character shook Pamela L. Travers’s core beliefs about fairy tales and myths which were intertwined with her spiritual beliefs. Fairy tales were an important part of Pamela L. Travers’s inner world; she apprehended life through the metaphors and symbols of the myths and fairytales. Unfortunately, her mythical language was totally foreign to most people and that included Walt Disney and his team. Pamela L. Travers valued fairy-tales for their wisdom, and she simply couldn’t conceive of them as vessels for mere entertainment.

Fairy-tale is at once the pattern of man and then chart for his journey. (…) The fairy-tales are like water flowers; they lie so lightly on the surface, but their roots go down deep into a dark and ancient past. They are, in fact, a remnant of that Orphic art whose function it was to instruct the generations in the inner meanings of things. (…) Again, like flowers, the same fairy-tales spring up in different countries, always with the lineaments of first cousins and always alongside the parables of truth that make the religions of man. Like village school masters, they instruct the simple, while the high priests deal with the scholars. But essentially both are concerned with the same teaching. How to live and how to die is the subject of the Orphic art, no matter what guises it wears.

Walt Disney had a different approach. He used fairy tales as means to escape reality, to just kick back and relax. But his tendency to remove all darkness from the fairy tales irritated Pamela L. Travers profoundly and that long before he approached her for the movie rights to Mary Poppins. She wrote reviews about his cartoon creations in The New English Weekly in the 1930’s and they were not flattering. Patricia Demers summarizes Pamela L. Travers opinion of Disney’s work in her book P.L. Travers: “At the heart of Disney’s ‘enlargement of the animal world’, Travers discovers a corresponding ‘deflation of all human values’ and ‘a profound cynicism at the root’.”

Pamela L. Travers believed, and with reason, that without darkness the fairy tales are unable to ignite in the child’s mind the questions which can only be answered by truth.

It is worth asking, I think, why we grown-ups have become so timid that we bowdlerize, blot out, retell and gut the real stories for fear that truth, with its terrible beauty, should burst upon the children.

It is relevant here to mention that G.W. Russell, Pamela L. Travers’s literary mentor, taught her about poverty and the artistic integrity of the poets. She herself wrote poems and was convinced that Mary Poppins came out of the same well that poetry comes out of.

Yes he said that one should take the vow of poverty, especially poets. It didn’t mean that if you were offered a 100,000$ you would refuse it. But it meant that you would not be attached to it. You didn’t even need to give it away but you wouldn’t live by it.

Interview with Brian Sibley, The Womand Behind Mary Poppins

When one understands how important fairy tales and their meanings were for Pamela L. Travers and her artistic vow of integrity towards her art, her inner conflict becomes much more interesting and multisided. Only then can one appreciate the greatness of the gap separating Pamela L. Travers and Walt Disney.

Why did Pamela L. Travers give up her Mary Poppins? Saving Mr. Banks suggests that Disney’s understanding of her psyche established between them a special connection based on  both their childhood sufferings. Nothing could be farther from the truth.

In 1968 British author Brian Sibley, while researching a biography of Walt Disney, reached out to Pamela L. Travers. This is what she wrote back (the quote below is from an essay by Brian Sibley published in A Lively Oracle, a centennial celebration of P.L. Travers Creator of Mary Poppins)

I am afraid there is very little I can say to you about Walt Disney. I did not care very much for the film he made of my books. Generally because, although it was a colorful entertainment, it was not true to their meaning. Nor do I like what he does with Fairy Tales, so I don’t think I am very useful person for your study.